From Protocopedia
Jump to navigation Jump to search

iTClamp™ hemorrhage control system requires specific training prior to use.

The ITClamp™50 device is a trauma clamp device for the temporary control of severe bleeding in the extremities, axilla and inguinal areas. 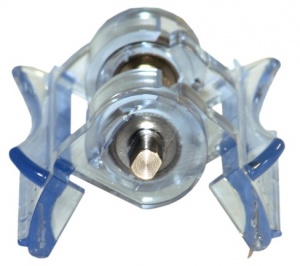 The ITClamp50 is contraindicated where skin approximation cannot be obtained (for example, large skin defects under high tension).

Stopping hemorrhage as soon as possible is the highest priority in patient management when confronted with significant hemorrhage. Follow standards of care regarding management of bleeding and the sequence in which patient interventions are performed. The normal sequence for hemorrhage control in the field is:

If the patient is conscious, explain procedure